Cardiff manager Neil Harris: "In the end it could have been 10-6 to us. Both teams stuck at it and for us it was a test of character.

"It was a proper cup tie, that's what the FA Cup is all about. A great spectacle. 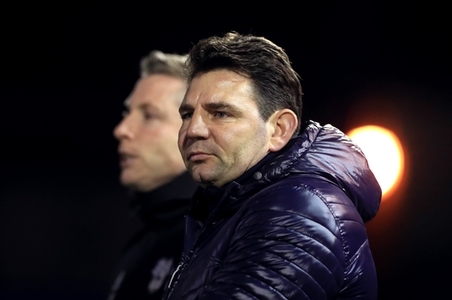 "I would like it to have been more comfortable, but tonight it's about celebrating a victory.

"But I'd like to place on record our thanks to the fans that travelled. I can't quite believe the amount that were here – it's a long old drive. But we're really pleased for everyone."

Carlisle boss Chris Beech: "I'm pleased with the efforts the players put in. They were honest and put in some hard work. I told them that's what I'm looking for.

"I felt we played the conditions better and we have scored five goals in two games against a side that was in the Premier League not so long ago.

"Maybe we should play Cardiff every week if we can get performances like that."