For the first time since 1985 Cardiff City have lost six league games in a row. A run that's seen just one goal scored and 15 conceded. With the next game away at Fulham on Wednesday the realists amongst us can only see it getting worse. 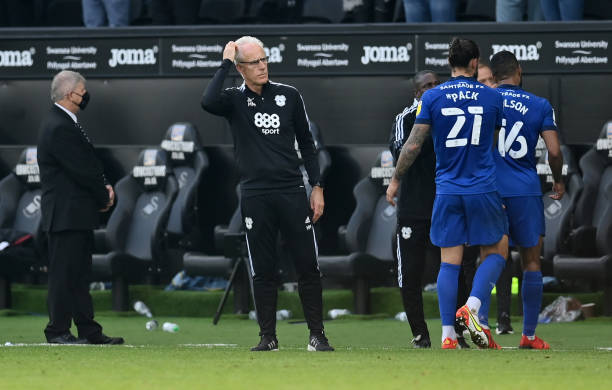 “I am bitterly disappointed,” said Mick McCarthy, whose side are two places and three points above the relegation zone. “It’s difficult when you are on a run like we are. All of a sudden it doesn’t look cohesive and sometimes you get opened up.

"We started the game well, the gameplan worked, we had two really good chances, and from a poor kick out they've put it in the back of the net.

“When does the pressure get too much for me? I keep doing the job and trying to get results. I will continue until anybody tells me different.

“All I have had is support. I think they – more than anybody – want me to be a success. Until anybody tells me different, I will be preparing for the Fulham game on Wednesday.”

Swansea manager Russell Martin told Sky Sports: "It was an incredible performance. We spoke about being able to ride the storm and take the energy out of Cardiff, we managed the game really well after we scored.

"Second half, they came with a bit of energy again, they had a spell where we didn't have as much dominance and control, but then we recovered it brilliantly. The only disappointment at the end is that we could've scored another one or two. The atmosphere was incredible, and hopefully everyone enjoyed it."