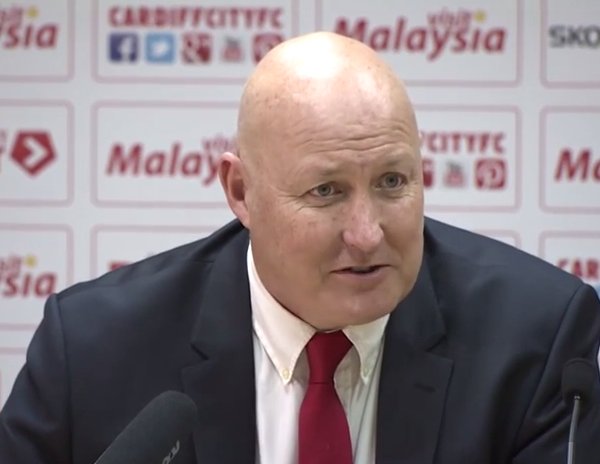 Russell Slade told the media ahead of Cardiff's trip to Norwich that David Marshall would not be facing his old club because of injury, and for no other reason.

'Unfortunately, David is not travelling to Norwich with us. We thought he had a chance and he is a lot better, maybe 70 per cent or 80 per cent improved, but the ankle is still causing him a problem in terms of kicking and moving across the box. That’s the case even if the ankle is strapped.

"I also want to clear up speculation about David’s future at Cardiff. I have had a chat with David and his agent. The talk is speculation and nothing else.

"He is happy at Cardiff City, as settled as anybody, and has never expressed any thought of going anywhere. David and his agent are clear he wants to be here."

Meanwhile new Norwich boss Alex Neil takes charge of his side for the first time today.

He said. "I`m really looking forward to it. I`m hoping the fans can get behind the team and hopefully we can give them a good performance."