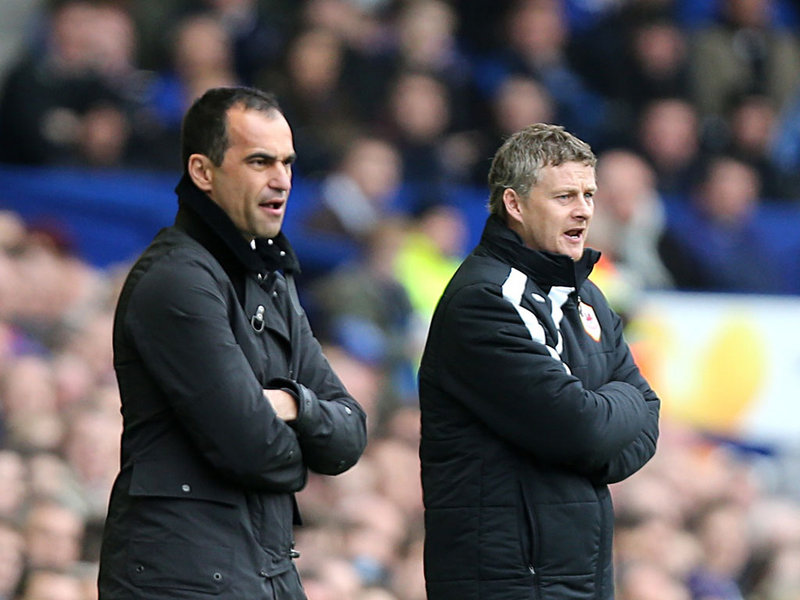 Everton boss Roberto Martinez had some nice words to say about Cardiff after seeing his side grab a last minute victory over the Bluebirds.

While his comments are appreciated they fail to sooth the pain of seeing Cardiff lose to a mis-hit effort deep in injury time.

Martinez said: "It was a really intense game, Cardiff were very, very good.

"David Marshall in goal was phenomenal, as good an individual performance as you are going to see from a goalkeeper.

"Once we scored that first goal but let Cardiff back in - that was a very difficult moment.

"It became a very difficult test for us and I was pleased that we never panicked and did the right things.

"You can say you get a bit lucky when you score the winner so, so late, but it was down to having that control and patience.

"I did think we deserved the three points but I thought Cardiff deserved huge, huge credit.

"It was a very good performance and a little bit harsh for them to feel what they are going to be feeling.

"You tend to see everything levels up in the course of a season and I hope Cardiff can get many points between now and the end of the season."

Cardiff felt they should have had a penalty in the latter stages when Wilfried Zaha went down under a challenge from Sylvain Distin but referee Roger East gave nothing.

Martinez said: "I believe there were a few interesting calls.

"I haven't seen the replays but there was that incident, there was a possible red card as well (for a tackle) on Gareth Barry, there was the incident in our box.

"If we got a little bit of luck today, it balances the real bad luck we had in the last three games.

"I will check those calls but they weren't easy for the referee."

The Barry incident Martinez referred to was a tackle on the on-loan Manchester City midfielder by Kevin Theophile-Catherine, which earned the Cardiff defender a yellow card.

Martinez said: "He has the studmarks but we were lucky it didn't affect any joints. That is the reason he could carry on.

"I haven't seen it but I believe it could have been (red). Both feet are off the ground and he doesn't get the ball, it is a reckless, reckless challenge with a lot of violence."

The result leaves Cardiff 19th in the table and facing an uphill struggle to survive in the top flight.

Solskjaer said: "We feel very disappointed not coming away with one, maybe three points.

"It was a stonewall penalty for Wilf when he goes through two or three of them at 1-1.

"I don't know how many times we have to look at us claiming penalties and not getting it.

"We can talk about it all day long and look at the video but that doesn't help does it?

"The performance was outstanding, a phenomenal effort. They had 'cojones' as you say.

"We have given Everton a good game, so that is encouraging but we sit here with no points and we need points."

Solskjaer hailed the performance of Marshall.

He said: "He has been brilliant all season and he was outstanding again.

"The two goals he couldn't do anything about - the first goal was a deflection, the second a mishit. He was outstanding."