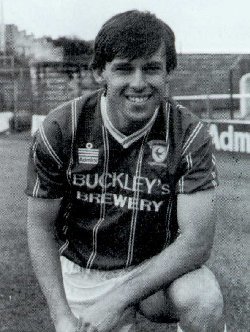 “Cardiff will be looking to get themselves promoted and I’m sure Malky is up to the task" McDermott said ahead of today's game at the Mad Stad.

“He was at Watford for a small period of time before being courted by Cardiff and it’s a big job with big expectations.

“They have spent some money in recent years, the fans really get behind their players and they’ve signed a really good manager in Malky.

“I was there a couple of seasons myself as a player when we won Division Three as well as the Welsh Cup.

“I learned an awful lot there. I really like the place, the people were great, it’s a super city and I got a magnificent welcome.

“The club has changed an unbelievable amount since I was there.

“From the stadium to the number of fans they’re getting in there.

“The expectations have changed, but Malky can cope with that.”

The last time Reading played Cardiff McDermott got one over Dave Jones before The Royals lost at Wembley last May.