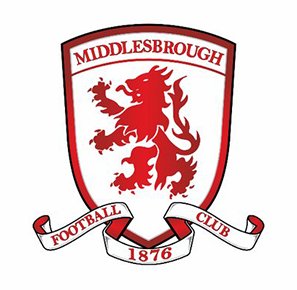 After the struggle at St Andrews let's hope City can bring something home from a tough away trip to Middlesbrough.

Boro havent won in the last four games and that includes a draw and a defeat at home to Brentford and Norwich respectively.

Adama Traore could return to the Middlesbrough squad for the visit of Cardiff after missing last week's game with Barnsley due to his late arrival for the team bus.

Boro boss Garry Monk is happy that the issue has been dealt with in-house and has praised Traore's attitude in training. Monk also hopes to have winger Marvin Johnson available after the midfielder missed the trip to Oakwell with a minor injury.

Rudy Gestede, who has not featured since the end of August, remains sidelined with a thigh injury but is expected to be back in training within a fortnight.

Cardiff are hopeful Iceland midfielder Aron Gunnarsson will be available for the long trip north. Gunnarsson jarred his ankle after coming on as a substitute in last week's 1-0 defeat at Birmingham and was still on crutches 48 hours later.

But Gunnarsson returned to training on Thursday and Bluebirds boss Neil Warnock expects him to make the matchday squad. Liam Feeney, Danny Ward and Loic Damour are all in contention to start.

Callum Paterson continues his recovery from injury and joins the squad heading to Teesside.

“He’ll travel and will be in the squad and it’s good for him because he’s going to be a cracking player," said Neil Warnock.

Middlesbrough have won nine of their last 11 home league games against Cardiff (L2), including winning each of the last three.

None of the last 22 league meetings between the sides have ended as a draw, with Middlesbrough winning 12 and Cardiff winning 10 since a 1-1 draw in April 1971.

After keeping five clean sheets in six league games, Boro are without a clean sheet in their last five, conceding eight goals.

The Bluebirds have won four of their last seven league away games (D1 L2), as many as they had won in their previous 17 in the division.

Stewart Downing assisted Britt Assombalonga's goal against Barnsley last time out, his first assist for the club since April.

Boasting four assists in his last 10 Championship starts this season, no Cardiff player has assisted as many league goals as Junior Hoilett since his debut on the 14th October 2016 (eight).