Miller: Promotion is a priority 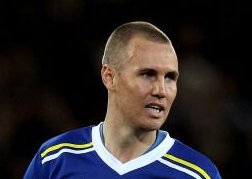 Miller said: "That game is by far and away bigger than this game, no doubt about it.

"The league is our bread and butter and we want to go for promotion. It is fantastic for us to reach a cup final and it's a game and a day we will thoroughly look forward to, but for us the first priority is the league and to get promoted.

"There is a long way to go but next week's game gives us an opportunity that rather than us playing catch-up to the top two, other teams will have to catch us and we can start to turn the screw if we win that game. We will enjoy this success and then start building for that."

But Miller, for whom the final will be a first visit to Wembley, was also quick to stress that Malky Mackay's side will not be heading to the final just to make up the numbers.

And insists they have the players to trouble whoever they end up facing.

He said: "To get to a cup final as a Championship club is fantastic, it's something to look forward to.

"You go to a cup final and you want to give your best and you don't approach any game expecting to lose, and on any given day anything can happen.

"We know we will be underdogs but if you ride your luck, your keeper has a good day and you take the one or two chances that come your way then who knows."