Andreas Cornelius was stretchered off after half an hour of FC Copenhagen's league victory against Silkeborg on Monday night.

The former City striker appears have suffered an horrific break of his akle after a challenge by Dennis Flinta, the midfielder was only booked for the tackle.

We wish him the very best in his recovery. 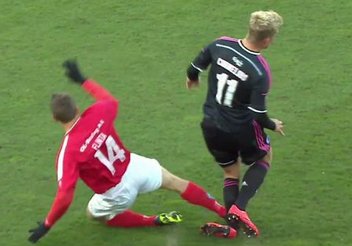