Neil Etheridge future up in the air as West Ham cirlce

Neil Harris dropped Neil Etheridge to the bench yesterday amid speculation that he could be about to leave the club.

Etheridge conceded six at Q.P.R. on New Years Day but he was not dropped because of that as Harris alluded to in his post match comments. 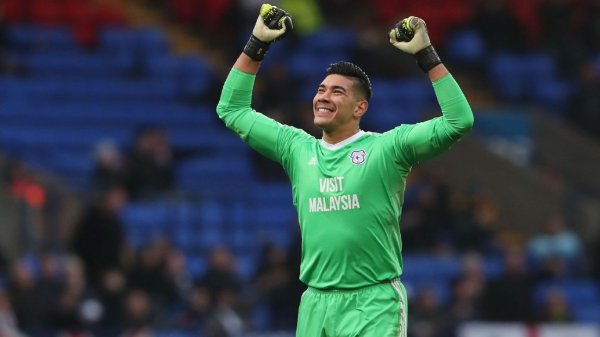 West Ham showed an interest in Etheridge but instead opted for their former keeper Darren Randolph at Middlesbrough, but it's emerged there's a question mark over Randolph's fitness so West Ham have reportedly now tabled an offer to Cardiff that could be worth up to £7m.

"I won’t go into too much detail at the moment. There’s been a lot of talk around Neil, not just in this window but in the previous one as well. I had a really good conversation with Neil in the week about his standards and where he wants to get to. He wants to be settled and play football. To do that sometimes you need to be at your best. I made the decision to leave him out. He understands. Alex and Joe Day want to play as well. It’s nice to have three goalkeepers that are talented, We’ll see what unfolds during the window."

No.2 keeper Alex Smithies kept a clean sheet yesterday and is a ready made replacement for Etheridge.

"Alex wants to play, Harris said. "He’s a super professional and a goalkeeper I rate highly. Alex was the best option today. It’s a wonderful position for me to be in."