This is Neil Harris' first Cardiff City transfer window and he has a new head of recruitment as well. Harris is not going to just buy for the sake of it, a wise move maybe after a large input of players who've failed to make a real impact over previous transfer windows. 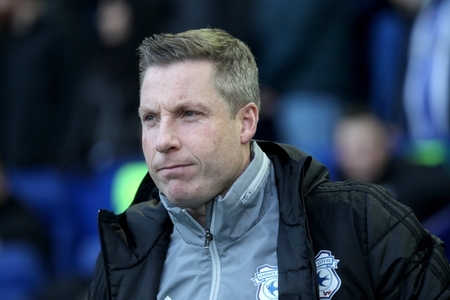 "We will not sign players on deals we don't want to do," Harris explained.

"I am not about that, because ultimately you end up signing the wrong players on the wrong values.

"That is not going to happen while I am here," he added.

Harris pointed to the transition at the club since he succeeded Neil Warnock as manager in November with a significant change in the scouting department.

Glyn Chamberlain, head of recruitment under Warnock departed and was replaced by Tim Henderson.

"A couple of clubs have signed a couple so far," Harris added.

"It is a bit different for us with me not being here that long, with a new recruitment department being set up, it does not make it as smooth or as easy to do business. We are in that period at the moment.

"I did say I am really happy with the group but I don't want to to sound like we are not going to add to it, that is not the case, we are trying. But it has to be the right personnel."