Cardiff's Neil Harris: "I wasn't happy with the final decision. I don't think the stadium was too chuffed, either. I've had the opportunity to see it back from a couple of different angles. I've seen an experienced keeper miss a punch and then scramble to try and make a second contact. 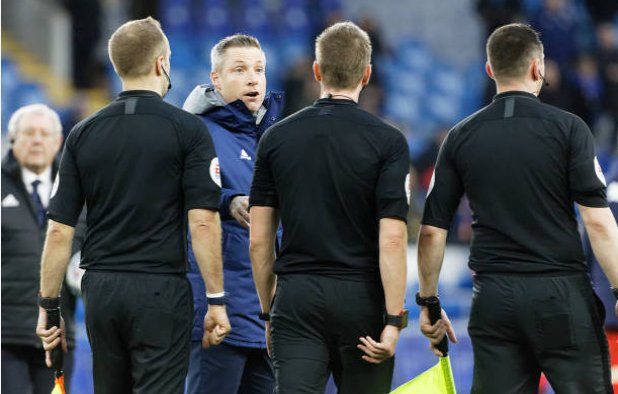 "We're frustrated. Three big decisions didn't go our way. It was a game we fully deserved to win, we had the much better chances. It was a sucker punch at the end which has deflated a really good week for us - seven points, but it should have been nine."

Wigan's Paul Cook: "I thought it was a fair result, but Cardiff may have felt aggrieved because of the last decision. The game huffed and puffed without ever getting going, but it's been a long week for both sides. I'm delighted for Kieffer Moore.

"To come down to Cardiff and score two goals and play really well in the game, he can be really pleased. I'm sure Cardiff fans will be a bit disappointed by him today, but when he puts that red shirt on again they'll be right behind him. As for us, we just keep going and believing in what we do. If we win games, we will stay in this division - it's that simple."