Neil Harris and David Livermore will take up their roles as Cardiff City manager and assistant manager on Monday.

The pair worked together at Millwall for over four and a half years before resigning last month. They have signed a contract until summer 2022. 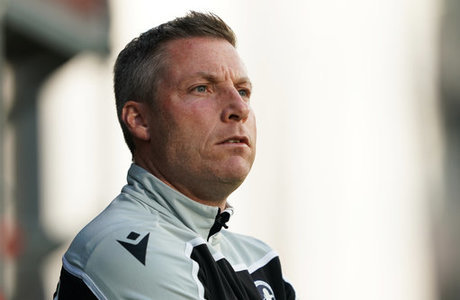 Harris' appointment has been met with a muted response from the Cardiff City supporters. It seems that the decision to appoint Harris was made ahead of Neil Warnock's departure and most likely on Warnock's recommendation.

Harris' first job is to raise the squad after two dreadful derby day defeats in the last three games and have them firing for Saturday's Sky TV fixture away at Charlton (12 noon).

Hia record at Millwall shows a 41.6% win rate with the following stats over 245 games managed.

Speaking to the official website here are the comments from the club's hierarchy.

Vincent Tan said: “I am pleased to appoint Neil as First Team Manager of the Club.

“I have full confidence in Neil due to his principles on and off the pitch and enthusiasm to succeed. I am glad to offer him this opportunity and look forward to seeing what he is capable of achieving with Cardiff City.”

Chairman Mehmet Dalman said: “Neil is a passionate manager who has all of the right attributes to take the helm at Cardiff City. I know he’s eager to get to work and we look forward to seeing him strive to get the best out of our tight-knit and talented group of players.”

Executive Director & CEO Ken Choo said: “We’re excited to welcome Neil to Cardiff City Stadium. He will work hard to deliver for this Football Club and is a manager with the ambition and potential to lead the Bluebirds forward.”

There has been no comment yet from the new boss.