Cardiff City's explosive February form that saw 16 points gained from 18 available and establised the club back in the automatic promotion places has been rewarded with Neil Warnock receiving the February Manager of the Month Award.

Fully deserved. Congratulations. Sean Morrison was nominated for Player of the Month but it was won by Barnsley striker Oli McBurnie.

Now Cardiff must dispel any suggestions of 'the curse' and go out and beat Birmingham City at CCS tomorrow. 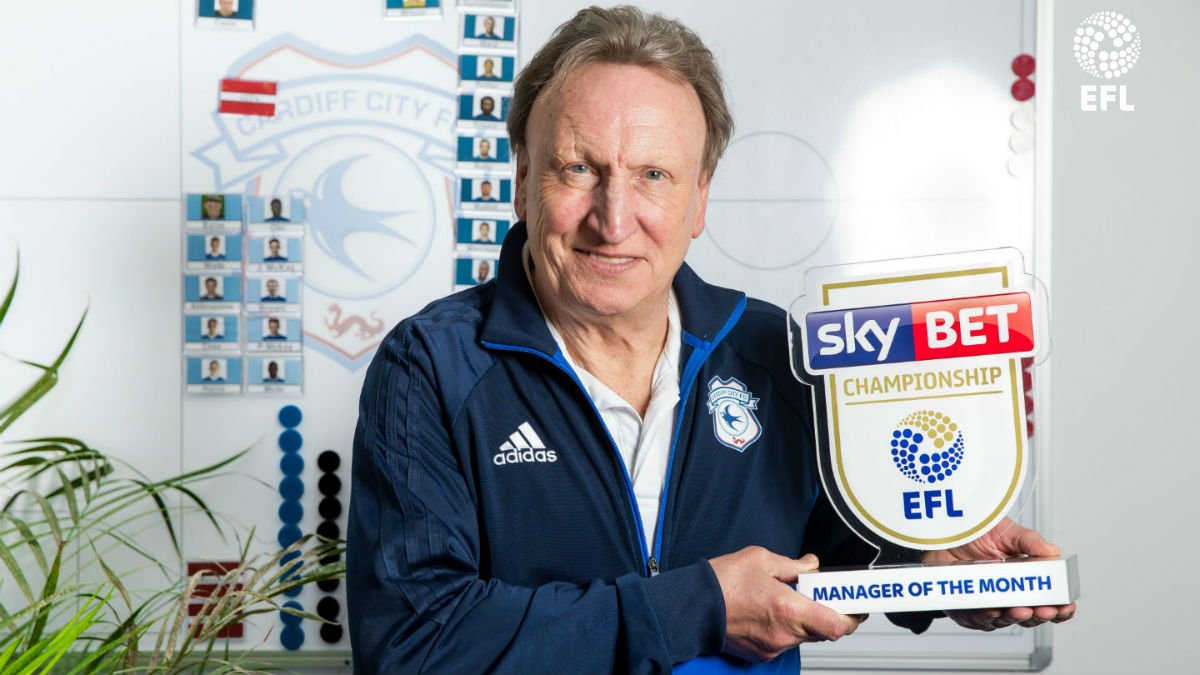