​Neil Warnock said he is 'proud' to be Cardiff City manager, after a last-gasp Sol Bamba goal meant that Warnock secured victory in his 100th game as Bluebirds boss.

Cardiff came from behind to beat Brighton 2-1 after Lewis Dunk's 6th-minute header, before Callum Paterson scored an equaliser and Brighton had Dale Stephen sent off to set up the dramatic finish. 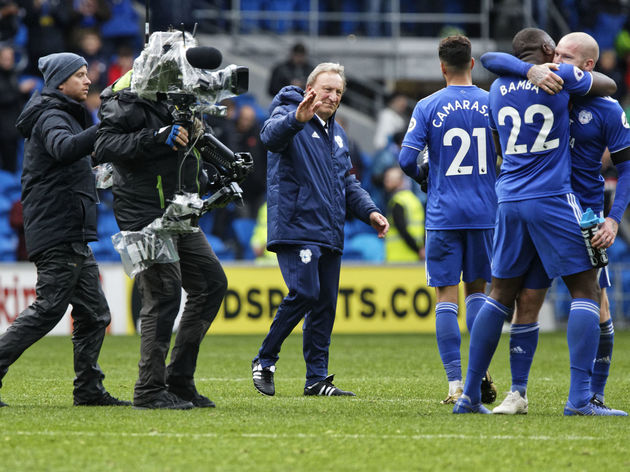 Talking​ to BBC Sport after his side's victory, Warnock said: "You have to work so hard for wins like this. We've come on that quickly over last 18 months, but we are getting better every game. It was a blow to go down to that goal, Sol goes to sleep and it's fitting he got the winner."

Regarding the relegation battle, the Cardiff boss said: "We are everybody's favourites to go down, and we need three or four players in January, but we have come along way in 18 months. You can't say no to coming in Premier League and we are going to enjoy it.

"I didn't even realise it was my 100th game until yesterday. Then it will be about my 70th birthday. But I don't feel it and I feel really proud to be manager of this group." Warnock will be mightily relieved that his side managed to get over the line against ​Brighton. The enthralling 2-1 win secured only ​Cardiff's second victory in nine games on their return to the Premier League.