Cardiff City manager Neil Warnock has admitted he will "have to do a bit of shopping" in January following defeat at Everton.

The visitors produced a solid defensive display and were unlucky the ball fell straight the feet of the ex-Swansea man Gylfi Sigurdsson to tap in the game's only goal.

​​Sky Sports. "I think to stay up we have to have that little bit more quality which we're looking at now. "But it's not easy in January. The big clubs find it difficult as well. For example, they've [Everton] paid £45m for a striker and £50m for a midfielder.

"We're not anywhere near that sort of level but I do feel we can improve the squad to give us a fighting chance."

He added: "We know that if we get maybe three or four players, we'd like to get our number one targets but that might prove a little bit difficult but you've got to ask the question really.

"Vincent (Tan) has been really receptive and so have the board. So we've just got to do the best we can. 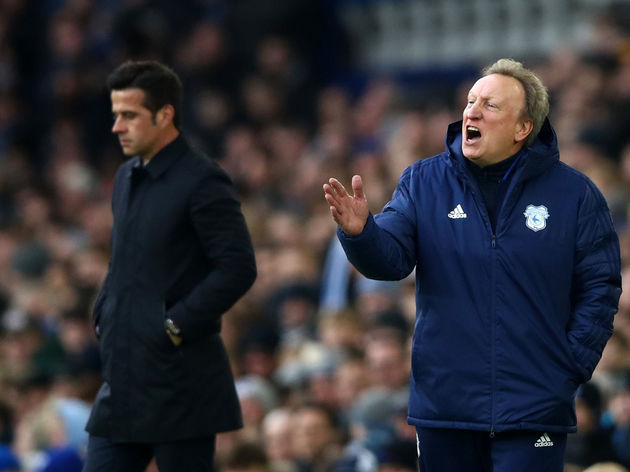 Warnock was full of praise for his side's efforts despite defeat which leaves them in the relegation zone on goal difference.

"But I can't fault the lads, I thought they were super," said the 69-year-old boss. "For the quality we've had in the past few weeks, I thought we made them look quite average today. That's down to us not them.

"I'm disappointed in the goal. Little things didn't go for us today. I thought Kadeem Harris was fouled just before the goal and then the ref somehow gives them a throw-in and they score from that. "It's little things like that when you come away from home, it's very difficult to take really because it wasn't a great goal but it's cost us the game."