New stand to have red seats

Director Steve Borley has revealed via Twitter that the seats being installed in the new stand at Cardiff City Stadium will 'mainly be red'.

In response to questions and comments fired at him Borley continued

'The owner specified he wanted red in the design and we come up with a design to suit.

'It won't be a block of red seats, wait until you see the images before judging.'

This year it will be an all Spanish affair with Sevilla, who won the Europa League this week, facing either Athletico Madrid or Real Madrid at Cardiff City Stadium on August 12th. 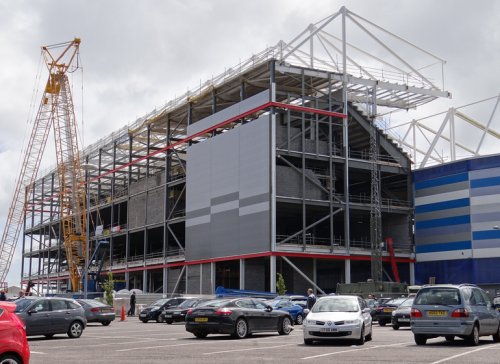