Next round of Championship games spread over a week

The bizzare decision to schedule a full Championship programme on FA Cup 4th round day has meant 8 (eight) games have had to be re-arranged.

Cardiff were due to play Middlesbrough this coming Saturday (24th) but with both teams winning their FA Cup 3rd round matches the league game has been brought forward to tomorrow night (Tuesday 20th).

Three other games will take place this midweek, four games will stay on the original date of Saturday while four other will be played next Tuesday the 27th.

Surely it was obvious that several fixtures would be affected. Some fans, unaware of the possible FA Cup clash, had booked trips to the North East for a long weekend on the 24th. They will have a great time I'm sure but won't involve watch the football (insert 'that won't be a bad thing' jokes here) 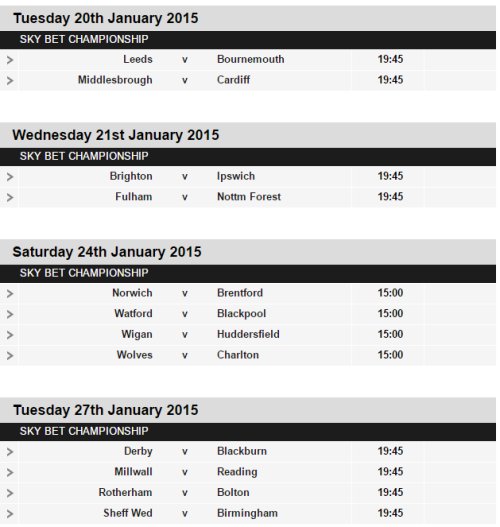