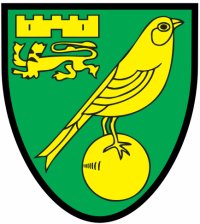 Carlos Cuellar is back for Norwich boss Alex Neil's first home game in charge of the Canaries.

The defender has been struggling with a calf problem but has been passed fit.

Ryan Bennett has a grade one hamstring tear and is out after suffering the injury at Bournemouth last week.

Alex Tettey is also doubtful for the visit of the Bluebirds.

Cardiff will be without Bruno Manga when they make one of the longest trips of the season.

The Gabon centre-back is part of their African Cup of Nations squad so Cardiff will have to manage without their imposing centre-back, signed from France in the summer.

David Marshall is still ruled out with an ankle injury.

The Bluebirds, boosted by their 1-0 win over Fulham last weekend, could name an unchanged XI but Russell Slade has plenty of options including new signing Alex Revell, who played for 45 minutes last week, and Kadeem Harris.

Cardiff's 1-0 win at Watford in November remains their only three-point haul on their travels this season.