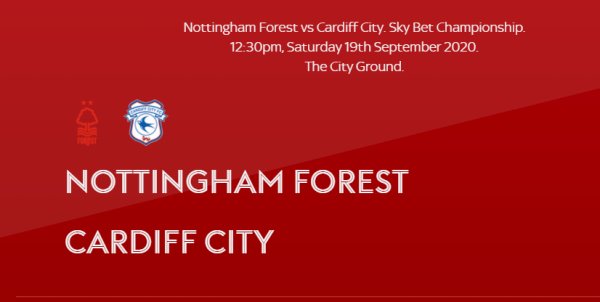 “I enjoyed it in so many ways… (what I was at Forest) But that’s irrelevant now as manager of Cardiff City.

“It’s about results on a pitch and the game on Saturday.

“It’s one we are looking forward to. There were two really good games against Forest last year and let’s hope for the same outcome this weekend.”

Tiago Silva is Nottingham Forest’s only injury absentee for the Sky Bet Championship clash with Cardiff. The Portuguese midfielder has been ruled out until the end of September by boss Sabri Lamouchi.

Winger Joe Lolley has recently been absent due to shin splints but returned to feature in the Reds’ 2-0 loss to QPR last Saturday and will be available again. Lamouchi has no further injury concerns, with defender Joe Worrall fully recovered from a knock.

Midfielder Gavin Whyte has been suffering with a hamstring problem, however, and was sidelined for that game. Striker Isaac Vassell has resumed training after a long-term quad injury, but may find the fixture comes too early for a comeback.