It was the first time ever that Cardiff had beaten Newcastle in the FA Cup and the first time in over 50 years since Cardiff won at St James' Park in any competition. The previous seven visits had all ended in defeat for the Bluebirds. 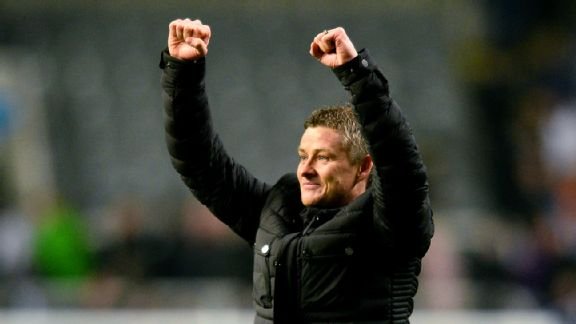 Solskjaer had been at the post for just 48 hours when he named his first Cardiff City line-up. He kept faith with just over half of the side that started against Arsenal on New Year's Day, and the five changes he did make saw experienced first team players come into the side to face The Magpies. On a day when other managers have shown little regard to the competition, I believe Solskjaer has not only shown the competition respect, he's given the supporters a belief that they could witness a Cardiff win. He only made one change in defence with club skipper Mark Hudson replacing Steve Caulker. In midfield, Aron Gunnarsson, Don Cowie and Peter Odemwingie replaced Gary Medel, Jordon Mutch and Craig Noone. Up front Andreas Cornelius started ahead of Fraizer Campbell.

Twelve months ago, Malky Mackay changed a whole side and played reserve and youth team players against non-league Macclesfield and paid the penalty. Cardiff were knocked out in one of the shocks of the round. Ultimately, Mackay justified the sacrifice by winning promotion, but I was upset at the scant regard given to the competition by Mackay. Even though the final reward was promotion, it still hurt as a fan to be humbled by a non-league side.

Solskjaer took the opportunity at Newcastle to play a strong side, and to have strength in depth on the bench, and his ambition paid off. The new manager promised a more attacking approach from his sides and his decision to bring on two attacking players in the second half paid dividends. Solskjaer showed the competition some respect and it bore fruit.

Campbell was a 60th minute substitute replacing Cornelius. The score at the time was 0–0, but within minutes Newcastle had taken the lead. Solskjaer didn't panic and eight minutes later he played his trump card. The manager brought on Noone to add fresh pace to the attack. Barely a minute later Noone burst through the midfield and scored with a drive from the best part of 30 yards.

Solskjaer's positive move gave Cardiff the impetus and it was with some poetic justice that Campbell rose to head home a precision corner from Peter Whittingham. Campbell is a former Sunderland player and celebrated with glee in front of the Newcastle fans in the Sir John Hall Stand.

Cardiff's last two matches against Sunderland and Arsenal saw the club going into the latter stages of the game attempting to hold onto something. Caretaker manager David Kerlsake chose to make more defensively-minded substitutions and in both games Cardiff conceded two goals in the final 10 minutes. Solskjaer, knowing he had to chase the game, went for it with his attack-minded changes and was rewarded with a morale boosting win.

A new manager usually sees a reaction from his new side. The FA Cup can provide a stumbling block with wholesale changes, but Solskjaer enjoyed victory in his first game and has given the club and the fans hope that the cup victory can build into a Premier League victory against West Ham next Saturday.

Solskjaer has won the fans over after being in charge for just two days. A very positive and encouraging press conference has been followed by an unlikely away win in his first match in charge.

"When you turn round games, that’s the best feeling you have in games," Solskjaer said afterwards. "It's a perfect start for the new times. The lads have had a lot to deal with lately, and of course it’s nice for them to start with a win in the Cup."

What chance a Wembley final in Ole's first season as well?