Aden Flint has become the latest out-of-contract player to announce he will leave Cardiff City this summer. 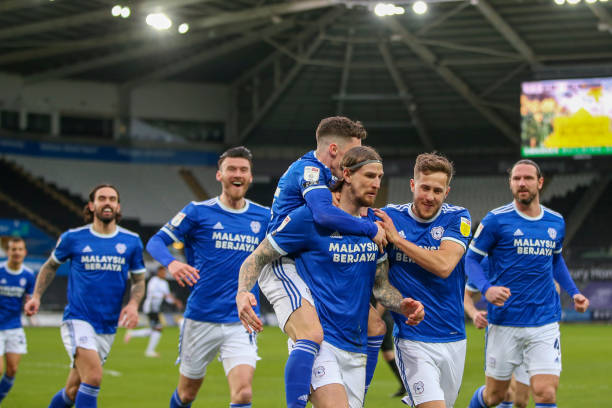 Flint, 32, has scored 12 goals in 93 Cardiff appearances since joining from Middlesbrough for around £4m plus add-ons in 2019.

The central defender said on social media his "time at Cardiff has come to an end".

"First of all it's been a privilege to play and score goals for this club," Flint wrote.

"There's been many highs and lows during my three years, but the memory that will last with me forever is scoring against them lot down the M4.

"To captain the club on many occasions is a huge honour for me."

Flint joins Marlon Pack in revealing he will leave Cardiff, while Alex Smithies' exit was confirmed before the season finished.

Midfielder Marlon Pack will be leaving Cardiff City as the club prepare for a high number of player departures.

"I'll forever be grateful for the chance to play for Cardiff," Pack said.