After overcoming a tough opening to the game at the London Stadium Cardiff were given a chance to take a first half lead but Joe Ralls saw his penalty kick saved by Lukas Fabianski.

The home side were on top when Junior Hoilett was fould by Marco Arnautovic but Ralls' kick was well read by the keeper who saved comfortably. 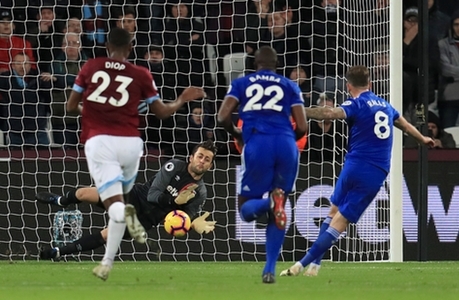 City stared brightly in the second half but fell apart conceding three goals in a 12 minute spell early in the second half. Some the defending comical at best. The game changed when Arnautovic was injured and his replacement, Lucas Perez, scored twice in a matter of minutes. Michail Antonio scored West Ham's third.

Josh Murphy scored a consolation after some bizarre defending by West Ham but it was the last touch of the game.

If we had scored the penalty? who knows. More importantly is getting back to winning ways at home with fellow strugglers Southampton coming to the CCS on Saturday.

Cardiff will retain 16th place in the table if Burnley and Southampton fail to win on Wednesday.