Peterborough and Cardiff charged by the FA

Peterborough United and Cardiff City have been charged by the Football Association for a melee during their 2-2 Championship draw on Tuesday. 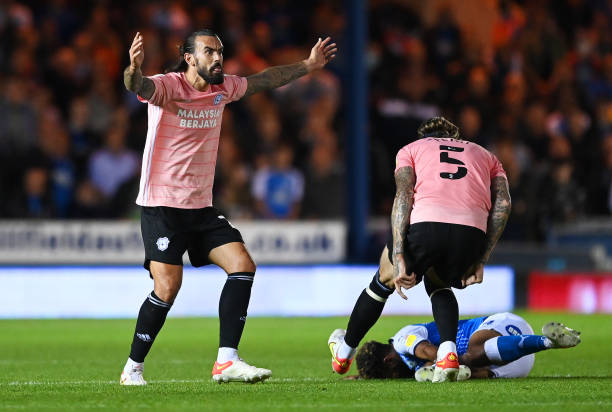 A foul by Cardiff's Marlon Pack in the 43rd minute sparked a shoving match, with Pack and Bluebirds team-mate Aden Flint being booked.

The clubs allegedly failed to ensure their players conducted themselves in an orderly fashion.

Both Peterborough and Cardiff have until Monday to respond to the charge.

The game was goalless at the break, with Flint scoring two late goals to rescue Mick McCarthy's visitors a point from 2-0 down.