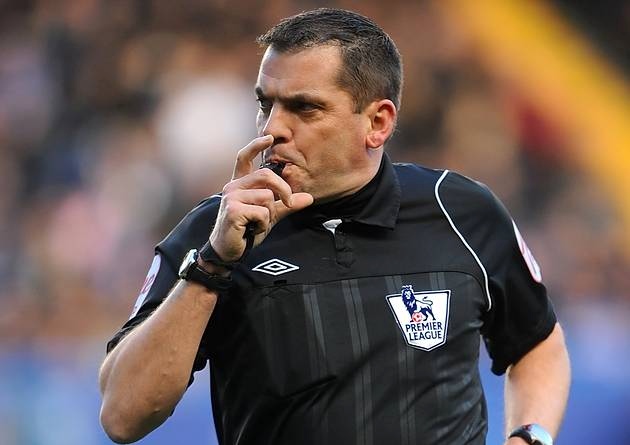 Phil Dowd's inaugural season as a Football League referee treated him to a Friday night match in Halifax with Cardiff City the visitors.

Dowd booked 8 players that night as Cardiff came from behind to beat Halifax with goals from Jason Fowler and Dai Thomas in the last 10 minutes.

Fast forward 15 and a half years and Dowd is at White Hart Lane this afternoon in much more luxurious surroundings for his first game in charge of Cardiff as a Premier League side.

Dowd, now 51, has refereed a Carling Cup final, a Community Shield and an FA Cup final in the past few years and is one of the Premier League's more noticeable officials.

This season he has issued 111 yellows card in 25 games, that's over four a game on average but he's been tight with the red cards with just two injury time dismissals all season.