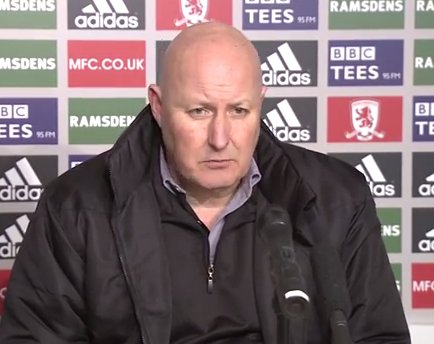 Patrick Bamford and Lee Tomlin grabbed the goals as Boro rose to second in the Sky Bet Championship with a 2-1 triumph over Cardiff.

The home side did have to survive a scare after Kenwyne Jones' 86th-minute goal but, having overcame Huddersfield 2-0 on Saturday, they held on the secure another crucial three points.

That delighted Karanka, who is already relishing the prospect of another mouth-watering contest for a team narrowly beaten 14-13 in an astonishing Capital One Cup penalty shootout at Liverpool earlier this season.

He said: "I am looking forward to it. We are going to go to that game in the best shape.

"We have had six points from our last two games, but it will be a very big challenge.

"Man City are very impressive. Their squad, I watched the draw and I looked at his squad, they have amazing players.

"They have one of the best squads in the league (but) sometimes surprises can happen."

More pressing for Karanka in the overall picture is Middlesbrough's Championship campaign.

Victory at the Riverside on Tuesday night put the Teesside club in the automatic promotion places, although the chasing pack have a game in hand.

He said: "I said we needed six points (in our two home games). It is important to have six points in the two games at home.

"We have a good game on Saturday to look forward to but the six points are in our possession. That's the main thing.

"We have two weeks now until the next league game. We can now focus on the cup game."

Boro's fortunes are in stark contrast to those being endured by Cardiff, who have won just one of their last eight league encounters.

Russell Slade, who saw his side fall to a 3-2 loss at Norwich at the weekend, said: "I thought we looked organised and compact and reduced them to only a few opportunities.

"Maybe the first goal was crucial and they got that. It was frustrating because we started the second half well and from a counter-attack they hurt us.

"If we had stayed in the game and not conceded a second then Kenwyne would have got us an important goal.

"I was pleased with the defensive set-up and we were much more compact. But ultimately we've come away from two away games with no points and that's frustrating."