Dominic Ball with a rocket into the top corner wins it for the home side in added time. 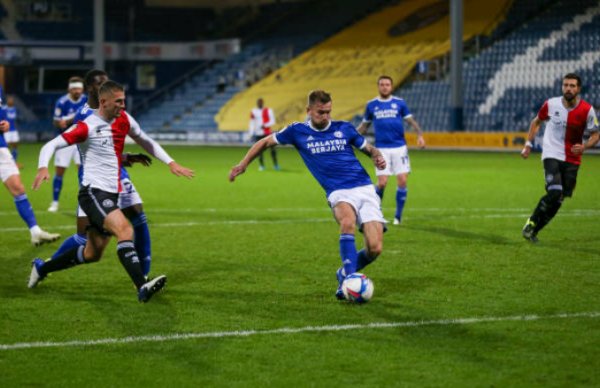 Cardiff again started in a lacklustre fashion to find themselves trailing in a first half for the 4th game running. It got worse before the break when a second goal was conceded leaving an uphill struggle for the second half. Iliah Chair and Todd Kane scored the goals for Rangers.

It's a worrying trend that we look out of sorts and second best from the kick off of games currently. Like the previous games we picked up after the break and two penalties looked to have earned a draw.

Joe Ralls scored from the spot after Kieffer Moore was tripped and a raised arm was penalised with another penalty for Cardiff. Ralls missed this one, the keeprer saving it but the City man reacted quickest to score off the rebound.

Moore dragged a good chance wide late on before the baller from Ball that flew into the top corner to win the game. Maybe Marlon Pack should have made it more difficult for the QPR man but take nothing away from the strike. Unstoppable.

Two home games coming up this week. Barnsley on Tuesday, Bristol City on Friday. Both games on Sky Sports.

City in the bottom half of the table on 10 points after a fourth game without a win.