In the short time since Cardiff City’s catastrophic 6-1 humiliation at Queens Park Rangers this afternoon I have wondered if my desire to say something positive in this season where there’s been so much to be critical of led me to see something that really wasn’t there when I rated Sunday’s 2-1 victory at Sheffield Wednesday our best performance of the season, while adding that, for the first time, I thought we looked like a potential top six side. 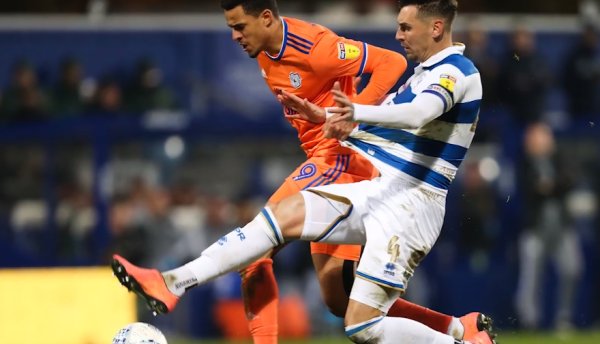 I’ve wondered, but decided that I didn’t imagine our good performance at Hillsborough – we did play well and our defending in the second half in particular was a throwback to what we saw in 17/18 as we dominated physically and psychologically. No, what we did on Sunday offered grounds for encouragement and today’s abject showing doesn’t mean that it suddenly becomes something that it wasn’t.

However, where I went wrong was in allowing myself to somehow believe that the obvious defensive weaknesses that have blighted us all season could be gone forever. Although it would be wrong to say that Wednesday were all about hitting long high balls, their attacking play was more tailored to elements of the game that our big defenders would feel pretty comfortable about dealing with.

I say obvious defensive weaknesses because it is no exaggeration at all to say that there were many City supporters who looked at our centrebacks and, to a lesser degree, our full backs in August and, rightly, feared that they would be susceptible to opponents who attacked in the manner that was favoured by many Championship sides these days. A way of playing that had become a lot more prevalent during the time we were away playing in the Premier League.

QPR are one such club. Partly because of financial considerations I daresay, they have decided on a policy of using bright young players either bought for small fees by today’s standards, loaned from Premier League sides or picked up as teenagers after they had been released by other teams  Academy’s.

Midfielders Ilias Chair and Luke Amos and forwards Bright Osayi-Samuel and Eberi Eze all fall into one of those categories and having got a taste of what they could do in City’s bizarre 3-0 win in early October, they were all prominent today as, not for the first time, Cardiff found themselves being run ragged by intelligent and exuberant forward play.

Just before Christmas I contrasted how favourably Preston’s cheaply put together squad compared with our expensively assembled team which, based on this season’s evidence at least, consists mainly of players who are no more than journeymen at this level.

Although Millwall weren’t as dominant as Preston were on Boxing Day, the contrast between what it cost to put together what were two evenly matched squads was stark and now we get the same thing, but even more so, with QPR.

Rangers went about their squad building in a different way to Millwall and Preston, but, in essence, they are all operating in the way we’ll have to in 2021/22 if our two seasons of parachute payments following our relegation from the Premier League run out without us going back up.

I suppose it’s too early yet to say that this season’s payment has been wasted, but it’s going to need a pretty spectacular last twenty matches to our season for this not to be the case. Although talk of no money being spent on new signings in this month’s transfer window must open up some doubt as to how much of next season’s parachute payments will be made available to Neil Harris, I feel we have to assume that there will be money available for our manager in the summer.

If there is, then, surely, he has to spend it more effectively than Neil Warnock did this summer? Even if there was to be the transformation I mentioned which means that this summer’s signings should be reassessed, then it should not be forgotten that Warnock was almost totally unable to get a level of performance that rose above the mediocre from those he had paid millions for.

Others may disagree, but I put today’s shambles down more to the first of our two managers named Neil than the second one.

Going back to the game, Rangers’ manager Mark Warburton said afterwards that the only difference between today and so many of their other matches was that his team were ruthless in their finishing, they have been creating the chances all season, but not taking enough of them.

Certainly, that equates to what was seen at Cardiff City Stadium three months ago, when Rangers played most of the good football on display and left with what will have looked like a conclusive defeat to anyone who didn’t see the game.

Since then, Warburton’s young side have struggled somewhat – they scored a lot, but conceded more, they remain a dangerous side though who showed today that they have attackers who  make ours look pedestrian and prosaic by comparison.

Warburton showed he knew exactly how to exploit our defensive failings by preferring the erratic, but talented Narkhi Wells to the more straightforward attributes of Jordan Hugill as his main striker  and the former Bradford, Huddersfield and Burnley man, who had not scored in his last nine appearances, responded with a hat trick.

I’m just going to concentrate on QPR’s goals because they do as good a job of portraying the poverty of City’s performance as anything.

Although many of the goals which followed it illustrated the obvious weaknesses I referred to earlier, the first one on nine minutes was, possibly the worst of the lot. Neil Harris opted to stick with the five man defence that had worked so well at Hillsborough and I suppose this decision will be blamed for our defeat by some, but, when you defend as badly as Sol Bamba did – it doesn’t matter if you have three, four, five or six at the back, you’re in trouble if one of them is as lax as Bamba was.

It does need to be said that Eze’s pass from the left touchline close to halfway was a good one, but Bamba was caught underneath the ball and a couple of yards away from Wells who was able to guide his header beyond Neil Etheridge.

For a while after that, City threatened to get back in the game as Junior Hoilett shot just wide and Aden Flint headed against the crossbar from about twelve yards out, but Rangers responded with a second goal of a type that you just do not see us score – we do not have strikers with the vision to play the delicately lobbed pass over Jazz Richards and Bamba by Wells which left Osayi-Samuel in on goal with, as was so often the case, City defenders trailing in the forward’s wake. Again, credit to Osayi-Samuel for a conclusive finish from an awkward angle, but it didn’t look great for Etheridge to be beaten on his near post like that.

Although you should never forget what happened at Leeds I suppose, City were out for the count just before half time as Rangers scored a third which epitomised the difference in ability and outlook between the two sides. City, as they always do, decided to lump a fry kick from about forty yards out into the box where home keeper Joe Lumley made a routine catch and then produced a perfectly delivered kick which Osayi-Samuel was able to run onto.

City had both of their wing back/full backs there supposedly to cover for such eventualities, but Richards and Leandro Bacuna proved that it’s not just Cardiff centrebacks who are about as much use as a chocolate tea pot when quick forwards run at them as the winger went past them both as if they were not there and slotted past the helpless Etheridge.

Such a goal is beyond us when we have a goalkeeper who kicks the ball as poorly as Etheridge and we sometimes bring all eleven men back to defend dead ball situations – when we do leave someone up it tends to be Lee Tomlin who will never be able to do what Osayi-Bright did.

Harris reacted to the most harrowing half of football he had experienced as City boss by taking off Bacuna and Bamba and bringing on Lee Peltier, surprisingly left out after recovering from his injury against Millwall, and Danny Ward while switching to four at the back and things promptly got worse as the home side scored three times in less than twenty minutes!

Richards had done well since his return to first team action, but here he looked like someone who had been out for the best part of two years as he was turned inside out again by Osayi-Samuel, Eze should have scored from the resultant cross at the first post, but mishit his shot into the ground where it bounced up for Wells to head in from close range.

The next defender to be taken to the cleaners was Curtis Nelson who was left for dead by Chair who crossed low from the bye line and this time Eze on the far post put it away and then it was time for a comedy back pass from Flint which presented Wells with an easy hat trick chance.

6-0 up after just sixty four minutes, I’m sure there would have been more goals there for Rangers if they had really wanted them, but Wells, Chair and Osage-Samuel were all withdrawn and the home side even took Toni Leistner off for the last ten minutes after he suffered an injury.

There was a tiny consolation for City in time added on when Will Vaulks got his first goal for the club with a shot from twenty five yards – Vaulks caught it really well, but it looked to me that Lumley should have kept it out.

Given the QPR manager’s comments about his side’s ruthlessness, it may be tempting to think that this was just one of those days when everything the opposition hit went in, but we are, by some distance, now the second worst away defence in the league. We could easily have conceded another six at West Brom, Reading might have scored four or five against us, Swansea could have had a hatful when they beat us, Brentford were worth more than the two they scored and Leeds might have doubled their three on another day.

Neil Harris said the right things after the game as he apologised to the travelling supporters and told a few home truths about how things have moved on from two years ago – he’s right, but I’m afraid that, both on and off the field, Cardiff City have looked decades behind the times on occasions this season.