Tickets are on sale at a cash only turnstile for visiting supporters. 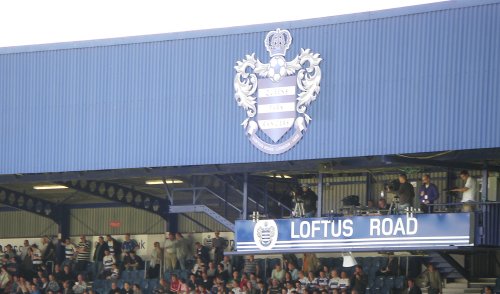 QPR will be without Luke Freeman and Kazenga LuaLua when they host Cardiff.

Midfielder Freeman was sent off during last weekend's 2-1 defeat at Preston and serves a one-match ban, while winger LuaLua has suffered an ankle injury.

Defender Grant Hall (shin) and forward Conor Washington (calf) were absent at Deepdale and will be assessed.

Midfielder Jordan Cousins is set to miss out again with a thigh injury.

Cardiff manager Neil Warnock will choose from the same squad which fought out a 2-2 home draw with Fulham.

But Greg Halford and Anthony Pilkington are under consideration to start after building up their fitness this week.

Bruno Manga is back in training after suffering knee ligament damage at the African Nations Cup in January, but this game has come too soon for the Gabon central defender.

Lee Peltier and Rhys Healey remain absent with long-term injuries, with the latter awaiting an operation on a serious knee ligament problem.

Referee: Darren England. Officiating for the first time at this level