Reaction and highlights as Cardiff draw with Bournemouth

"I enjoyed that one. I think you saw two really good teams and a point was fair. We had good chances and it was toe-to-toe in the second half particularly. 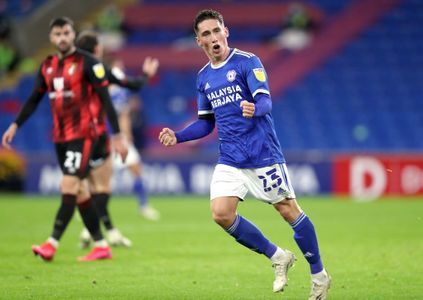 "We gave them too much respect in the first half as the home team, but credit to my players for coming back.

"We can't underestimate the importance of that. It's a big point at home and now we are up and running here.

"I think any team which finishes above Bournemouth will be promoted. They are a good side, but we will get better."

"I'm disappointed we have come away with only a point, because I felt we deserved all three.

"The save their keeper made was outstanding and so full credit to him. Junior Stanislas also hit the bar, but there were three or four other chances as well we might have taken.

"But we know all about Harry Wilson. If you give him room from that kind of distance, then nine times out of 10 the ball will end up in the back of the net

"But we have to take the positives - it's six matches unbeaten and we move onto the weekend."