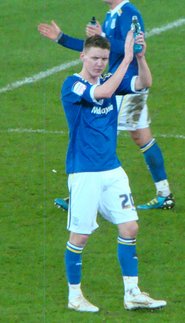 Keane hailed Mason as "one of the best players on the pitch" at the Carling Cup final and wants him to maintain his form.

"It is important that young players such as him come through," said Keane.

"Because the senior players are not going to go on for as long as we would like them to.

"I watched the game and he was certainly one of the best players on the pitch and he scored a great goal."