Russell Slade nominated for Manager of the Month 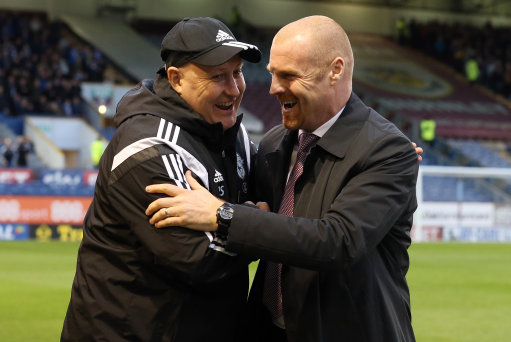 Russell Slade is one of four managers shortlisted for the March Manager of the Month award.

The nominees (from www.football-league.co.uk) are:

March was another seamless month as Dyche’s men extended their lead atop the Sky Bet Championship by collecting 10 points from a possible 12. He also guaranteed hero worship at Turf Moor by masterminding a 1-0 win over fierce rivals Blackburn Rovers.

Evans guided his side to three wins in four, and he has dealt admirably with internal and external expectation in West Yorkshire while encouraging his young players to express themselves and attack with freedom.

Calmness under fire has been his signature this season. Blending together a squad when players are sold is not easy, but Slade has done so with an assurance that saw his side garner seven points from four games.

More used to winning promotion than staving off relegation, Warnock instilled a collective steel in his players to secure 10 points from four games. Wins over Middlesbrough and Sheffield Wednesday helped lift Rotherham out of the bottom three.

The winner will be announced on Friday