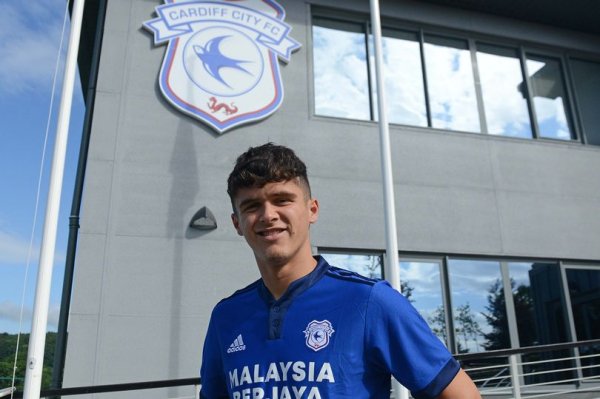 Giles, a left-sided player who can operate in defence or midfield, played in the Championship last season during loan spells at Coventry and Rotherham.

The England Under-20 international, 21, has appeared once for Wolves, in an FA Cup tie at Shrewsbury in 2019.

"Cardiff City is a massive club, with a great history and an amazing fanbase," Giles told the Bluebirds' website.

"It was a no-brainer when I knew the interest was there," he added. "There are some very good players here and I think the competition will be healthy. Hopefully it will bring the best out of me."

Giles, who had a loan spell at Shrewsbury in the 2019-20 season, signed a long-term contract at Molineux in December 2020.

Wolves Technical director Scott Sellars said: “It’s a fantastic opportunity for Ryan to gain more experience after a good season at Coventry and Rotherham last year, because the Championship is a brilliant league to help a player develop for the Premier League.

“Bruno (Lage) has seen him work since we returned for pre-season last week and he believes this move will be the next and best step forward for Ryan.

“Cardiff are a fantastic club with a great stadium and training facilities, and with Mick and Terry, two excellent coaches and a vastly experienced management team, we hope he will get the opportunity to do what he does really well, which is take players on and cross into the box.

“His stats last year in terms of his assists and his crosses into the box, while playing for teams who were struggling, were as good as anyone in the league, so we’re hoping this move will really allow Ryan to kick on and demonstrate what he’s best at.”