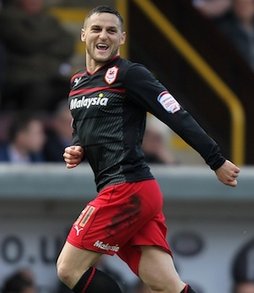 Craig Conway and David Marshall have been named in Scotland's squad for their World Cup qualifier against Croatia in Zagreb on June 7th.

Scotland are bottom of Group A on 2 points after 6 games. Wales are in 4th place on 6 points. Belgium and Croatia are 1st and 2nd respectively on 16 points.

Former Bluebid Kenny miller has not been included in the squad but Chris Burke is.

“Kenny has been injured for over a month with a hamstring problem.

“I spoke to Kenny last week and it would be better for him to rest his hamstring because he could come over here and there’s no guarantee that he would play.

“We will see him in the next squad and he’s happy with that.”