It’s only five decades actually when it comes to Bournemouth because we didn’t play them in the 60s and 70s, but I’ve still included questions from then. 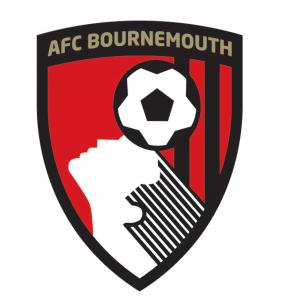 60s. This Bristolian is associated more with the decade which followed this one and with his second club, but his career started in the late sixties and his five hundred plus appearances, occasionally in midfield, but far more often at the back, were spread pretty evenly between the two English sides he represented in a career which lasted fifteen years – both of those teams were relegated last season, can you name the player?

70s. Starting off in the city where he was born, this midfielder made his first team debut at twenty one in a losing cause in east London. He made just short of twenty appearances over the next couple of seasons, but accepting that his opportunities were going to be limited, he began the new decade with a move to the other side of the country to represent talkative birds. Injuries didn’t help his cause over the next five years, but he did appear in a Wembley Cup Final. His temporary stay with Bournemouth was a fleeting one before he signed permanently for a third side with avian links. A promotion soon followed and, although never a prolific scorer, a header he scored in front of a huge crowd is still remembered with affection by those old enough to have witnessed it. His final move saw him spend three years with a club who would go on to play their home games in another country in the years after he left, who is he?

80s. Vocal gain for Bournemouth helps them to a draw at Ninian Park. (4,5)

00s. Despite only playing Bournemouth six times in competitive matches during this decade, we still managed to have three players sent off in them – name them.

10s. “But I’ll take your bet, you’re gonna regret ‘Cause I’m the best there’s ever been” – what’s the connection between this and a Bournemouth scorer against us during this decade?

20s. Which member of the current Bournemouth squad scored the goal chosen as Exeter City’s best of the 2010’s?

60s. Tony Powell two hundred and forty seven league games for Bournemouth between 1968 and 1974 and then followed his manager John Bond to Norwich where he appeared in two hundred and seventy five league matches before moving to America in 1981 where he saw out the last two years of his career.

70s. Doug Livermore made his Liverpool debut with a substitute’s appearance in a 1-0 defeat at West Ham in 1968. In 1970, he signed Norwich and was in their side beaten by Spurs in the 1973 League Cup Final. He played ten times for Bournemouth while on loan to them in 1975 and later that year signed for City where he soon took over the captaincy during what was a promotion season for the club. Livermore opened the scoring in a late season 2-0 win over eventual champions Hereford at Ninian Park in front of a crowd of more than 35,000 which took put the club on the brink of a return to the Second division. Moving on in 1977, Livermore saw out his career at Chester a team that went on to have a pitch in Wales and club offices in England when they moved to the Deva Stadium, which straddled the border between the two countries, in 1992.

80s. Ivan Golac played for Bournemouth in a 1-1 draw at Ninian Park in February 1983 while on loan from Southampton.

00s. Kevin Nugent was saw red in a 2-1 defeat at Ninian Park in March 2000, Willie Boland received his matching orders late on in a 2-2 home draw in August 2001 and Tony Vidmar was sent off just before the penalty shoot which we won after a 3-3 away draw in a Third Round League Cup tie in October 2004.

10s. The lyrics are from The Devil went down to Georgia, a hit for the Charlie Daniels Band in 1979 and Charlie Daniels scored Bournemouth’s second goal in their embarrassingly easy 3-0 League Cup win over us in September 2014.

20s. Jack Stacey’s goal which decided a Play Off Semi Final in 2017 against Carlisle in Exeter’s favour by an aggregate score of 6-5 was judged to be their best of the last decade – Stacey was on loan from Reading at the time.