After the rare luxury of no midweek games, City return to action at the beginning of what might be a defining week in their season with a home game against Watford. Here’s seven questions on Saturday’s opponents. 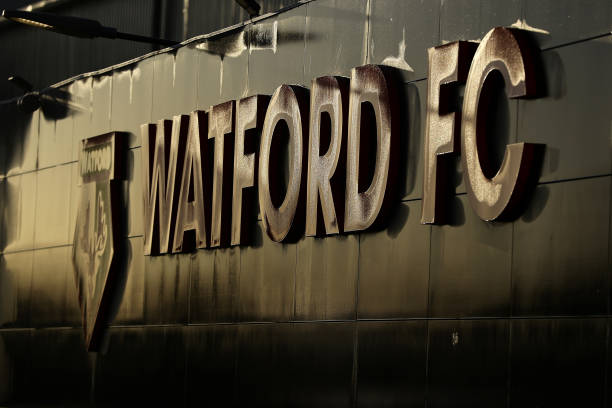 60s. This defender was born in a small town which sounds like it was named in honour of a 1967 European Cup winner, but wasn’t. He only played for two sides and both of them had amber/yellow as the main colour on their kit (although he was at his second club long enough to have seen change their shirts to blue and to white for a time). Watford were his first club and he found his way into the first team blocked by the fact that the player manager played in the same position as him. So, after less than twenty appearances for them, he was off to the club he is most associated with. Relatively early in his stint at this club, he was in a team which embarrassed a side featuring multiple World Cup winners in a cup match before bowing out at the next stage with a narrow 1-0 loss to what could be considered to be local rivals from the top flight. Late in his time with this club, they experienced promotion twice as they reached unsurpassed heights – he went nearly seven years without missing a game for them and has a bar named after him at their ground, but who is he?

70s. A Scotsman who spent all of his career in England, this midfielder started off with contented tools during a time when life was something of a struggle for them. He was more out of the team than in, but found the net against Stoke and Burnley during his three years with them. He then signed for Watford for a fairly modest fee and only had a draw to show from his two meetings with City while he was with them – transfer listed at the end of his first season with the Hornets, he stayed for another two years without achieving very much and was eventually given a free transfer which led to him linking up with Essex boys for another unsuccessful season. His next move – west to a market town saw an upturn in his career with a promotion though and he was in their side when they were beaten on a memorable night at Ninian Park. His poor record at our ground continued the following season when his side returned there this time for a bottom of the table scrap and following their relegation, he was on the march so to speak as he moved north to a happy field where he experienced the second league title of his career as the seventies were coming to an end. He stayed around for another year or two before retiring with a modest goalscoring return of 26 from his 314 league appearances – do you know who he is?

00s. Born in the town where the Poppies play, this defender was a serial promotion winner/challenger during his career following his release by a managerial great for whom he didn’t play a game at his first club. It was cup success which first got him noticed though and this helped get him a move to red city dwellers with whom he played a small part in a promotion. Following a loan spell with rivals of Watford, he next showed up at a lair where there was another promotion and a Play Off Final defeat. Watford were his next club and there were mixed results (a win, a draw and a loss) in his games against City and no promotions during his three seasons with them. His final team were situated not far from his birthplace and there was one more promotion to celebrate before retirement. Who is he?

10s. Who is being described here? This full back had two spells at Barcelona in his home country before arriving at Watford via Spain and had a short loan spell with red and white Thyrios while in Hertfordshire. A loser and then a winner in his encounters with City while at Watford, he’s back home now in the country that he played every minute for in their appearance in the 2014 World Cup Finals.

60s. Sandy Pate was born in Lennoxtown in East Dumbartonshire, but spent all of his long playing career in England. A right back, he was kept out of the Watford team by player boss Ken Furphy for most of his two years at Vicarage Road and moved on to Mansfield in 1967. Two years later Pate was in the team which beat West Ham 3-0 at Field Mill in an FA Cup tie and they gave Leicester (who were beaten finalists that year) a real battle before going down by a single goal in the Quarter Final. Mansfield were promoted into the Third Division in 1975 and then the Second a couple of years and Pate’s retired at what turned out to be their only season so far in the second tier with a club record 413 league appearances behind him.

70s. Jimmy Lindsay played nearly forty league games for West Ham between 1968 and 1971 before moving on to Watford for £20,000, but he couldn’t prevent their relegation and then struggles at the lower level before he left for Colchester on a free transfer, His next move was to Hereford and he was an eve present in their Third Division title winning side of 75/76 who were beaten 2-0 by runners up Cardiff in front of 35,000 at Ninian Park. Hereford struggled in the Second Division in the following season and were in the bottom of the league they occupied for most of the campaign when they were beaten 3-1 in Cardiff on Boxing Day 1976. Lindsay signed for Shrewsbury a few months later and they were Third Division Champions in 78/79 before he retired from the game in 1981.

00s. Kettering born Sean Dyche was a youth player at Nottingham Forest, but never played a game for them. He played over 250 times for his next team, Chesterfield, though and was a mainstay of their team which reached the 1997 FA Cup Semi Final. Loaned to Luton during a short stay at Bristol City, Dyche established himself as a second tier level player with Millwall and almost made it into the Premier League as the Lions were beaten by Birmingham in a Play Off Final. Dyche captained Watford in the last of his three years with them and ended his playing career at Northampton.

10s.  Juan Carlos Paredes played every minute of Ecuador’s 2014 World Cup Finals campaign and had two spells with Barcelona Sporting Club, who are based in Guayaquil, the largest city in that country. Paredes signed for Grenada in 2014, but did not play a game for them before linking up with Watford and, apart from a loan spell at Olympiakos, he stayed with them for three years before returning to Ecuador.