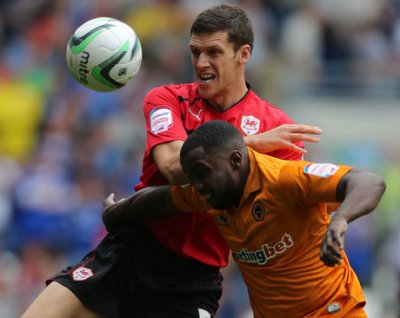 He was subbed at Wolves on Sunday and has been seen wearing a brace on his foot to help the recovery.

Hudson himself tweeted he would be out for a bit but the message was deleted.

The man has been a rock at the heart of the City defence and will be missed.

City face Middlesbrough on Saturday before hosting Derby at CCS next Tuesday. Then there is a week before the next game against Leicester on March 12th. Hopefully he'll be back by then.

City's likely alternative is to play Matt Connolly in the centre with SuperKev at right back. Malky also has the option of Ben Nugent.