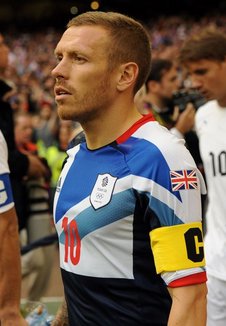 The OIympic 1/4 final at the Millennium Stadium on Saturday evening has turned into a cracker with 'home' side Team GB facing South Korea.

There are several Cardiff connections with City's new signing Kim Bo-Kyung one of the stars of the South Korean team. He has already scored once in this competition so far.

Opposite him we find Team GB's player of the tournament so far and their skipper Craig Bellamy. The rumours are gathering pace that Bellamy is soon to re-sign for Cardiff.

Saturday night's game promises to be a superb evening of Olympic entertainment.

Team GB won their group by beat Uruguay at the Millennium Stadium last night while South Korea came through their group in second place after a goalless draw with Gabon.