City face another big game when they play Southampton this afternoon. The Saints are two points ahead of Cardiff and are looking to move themselves five points clear of the relegation zone. But a Cardiff win would take the Bluebirds out of the bottom three.

Southampton are unbeaten in their last five games and will be hoping to avenge the defeat at CCS when Ralph Hasenhuttl lost his first game in charge. But Cardiff showed their mettle last weekend by eating Bournemouth and will be no pushovers. 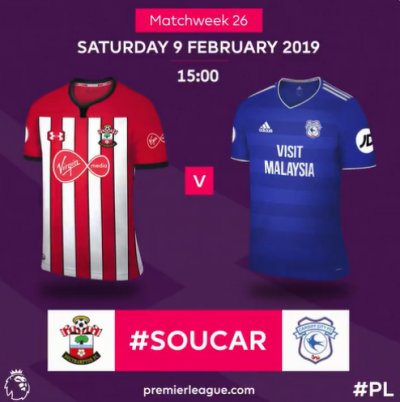 Ings is set for around three weeks of rehabilitation from a hamstring problem.

Midfielder Pierre-Emile Hojbjerg is available again after a head injury, while defender Maya Yoshida has returned from Asian Cup duty with Japan.

On-loan midfielder Harry Arter will be back in the Cardiff squad after he was ineligible to feature against parent club Bournemouth.

Victor Camarasa is a doubt while Sean Morrison is out until March.