Still waiting for Peltier news, but could le Fondre be on his way out 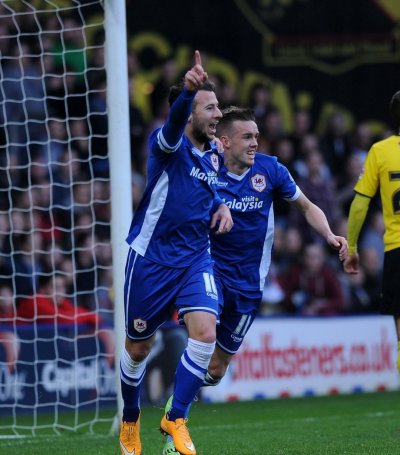 Well the only name on the radar at the moment is Huddersfield's Lee Peltier.

There was talk on Wednesday that he has travelled to South Wales for a medical.

But now Adam Le Fondre (pictured) has been linked as a target for Huddersfield boss Chris Powell.

Powell is known to be looking for a striker and an injury to James Vaughan last weekend will increase Powell's search.