Interim boss Steve Morison begins his stint in charge of the first team with an away game at Stoke City. A tough start but Stoke have lost their last three in the League. 0 - 0 anyone? Cardiff have still not scored in the first half of a League game all season. 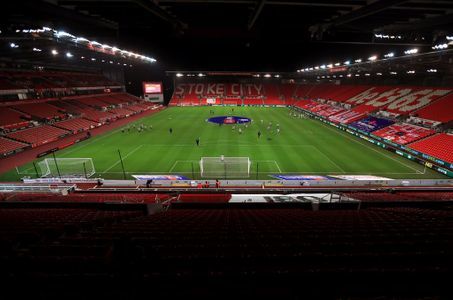 For the hosts, Wales international Joe Allen is available for the Bluebirds' visit.

Sam Clucas remains a doubt with a quad injury and will be assessed in the build-up to the match.

Alfie Doughty, Nick Powell and Morgan Fox are all on the injury list and will miss out.

Cardiff are facing a real headache in terms of injuries for the trip to Stoke.

Tom Sang is unavailable owing to aggravating that big toe on which he had surgery during pre-season, however the midfield looks particularly sparse.

Marlon Pack is suspended for the game following his fifth booking of the season in the Middlesbrough defeat last weekend, while Joe Ralls is still struggling with a collarbone problem he sustained against Swansea City.

To compound the above, both Leandro Bacuna and Sam Bowen are major doubts for the clash at the bet365 Stadium.