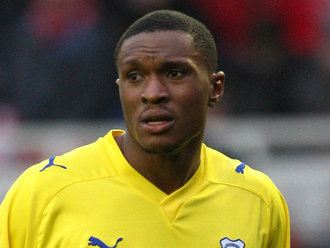 The deal is until the end of the season.

"Solomon is a combative midfielder, he'll put a foot in and has got a good engine in there," boss Russell Slade told the Orient's official website.

"Obviously we have our captain, Stephen Dawson, still on the sidelines so to bring Solomon in and increase the competition in there is good."