The first game of the weekend was played last night with Brighton reclaiming top spot in the Championship with a 2 - 1 win over Sheffield Wednesday.

Three players were sent off, two for the visitors, but so was Glenn Murray for Brighton meaning the striker will be suspended for the game v Cardiff next Tuesday. 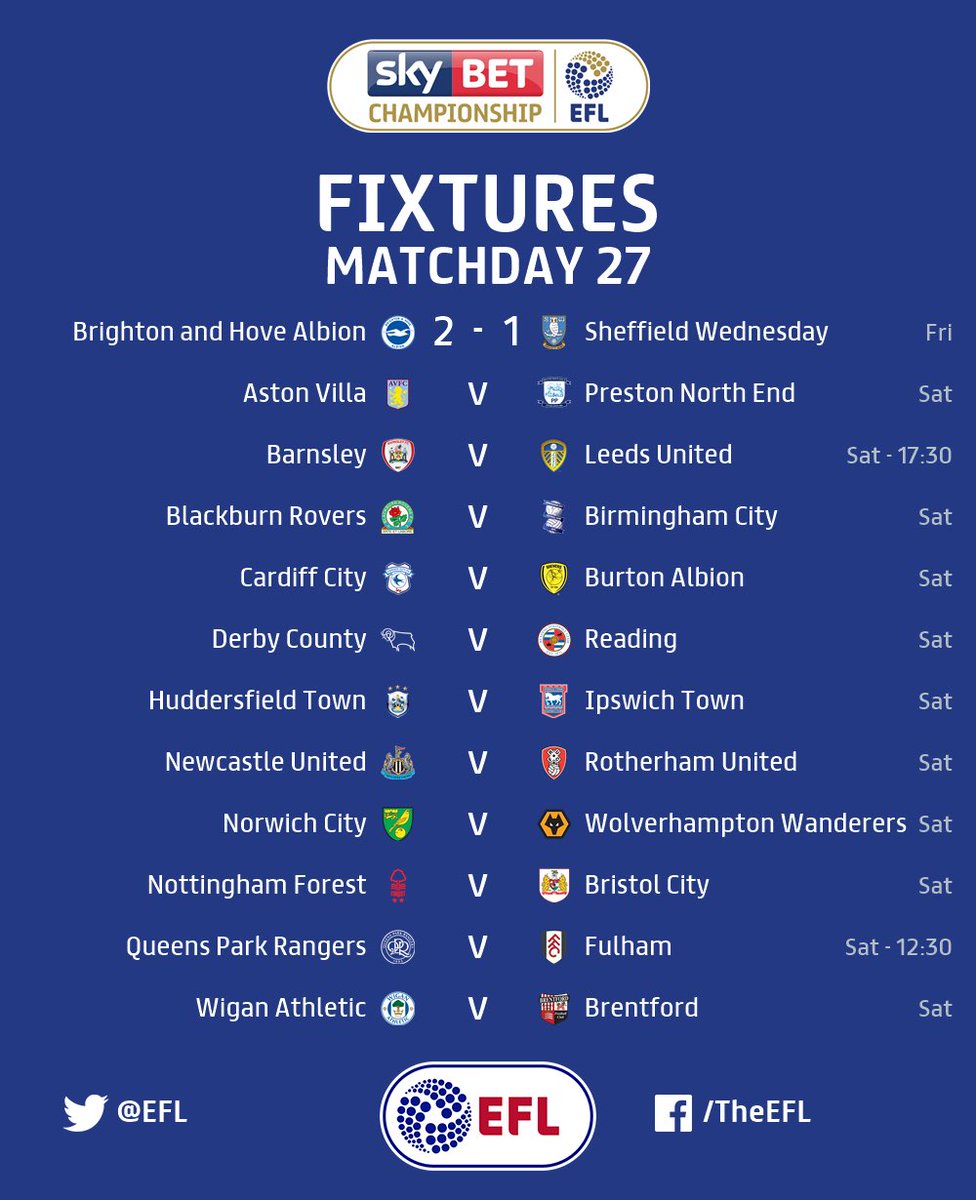 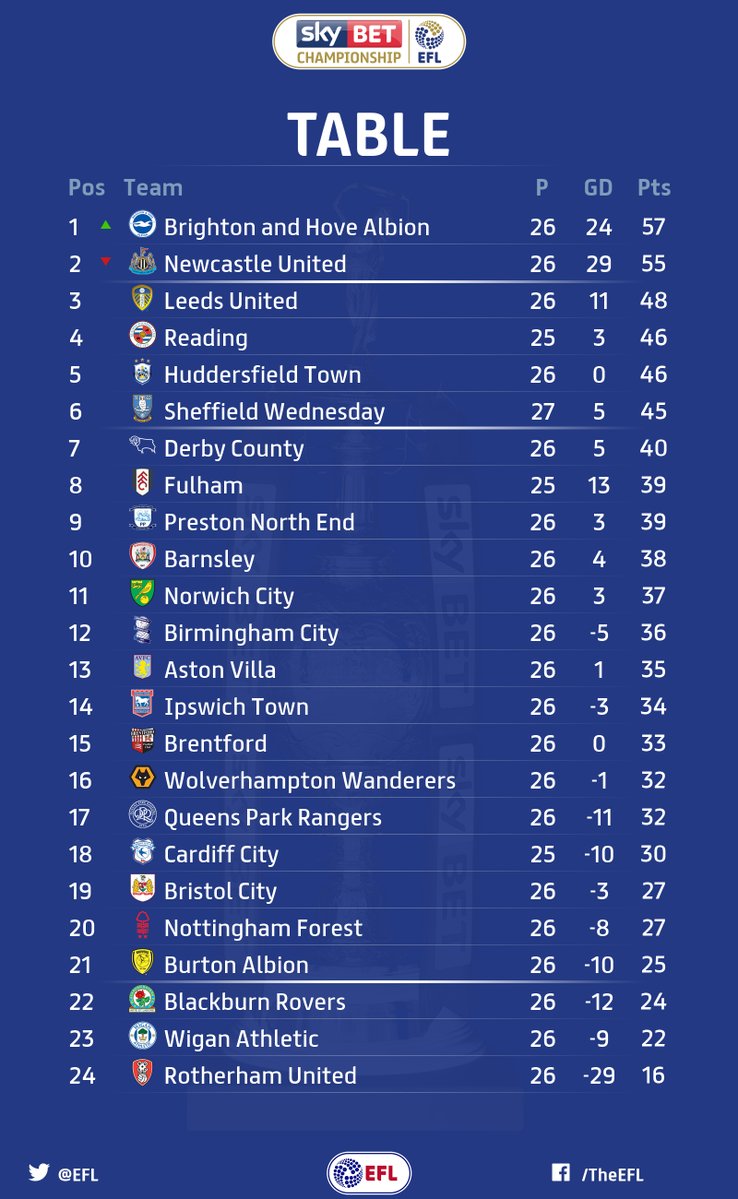