Tomlin out for at least two minths after surgery 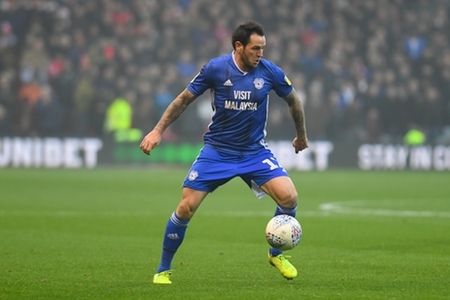 The 31-year-old has been limited to five appearances this season and has started just once, in a game where he was subsequently sent off.

Cardiff manager Neil Harris says the situation has become such that going under the knife became the only option for a player hampered by injury.

"We tried to manage him, it was a bit of a gamble," said Harris.

"We have tried to get through it but it has just not happened. We've taken advice and we are going the surgery route. Lee has had an operation and will be out for a few months unfortunately.

"It is not ideal for anyone to have surgery, but hopefully when we do get Lee back, we will get him back properly.

"That would be the ideal scenario, when we do get him back on the pitch after Christmas hopefully he will be available for 10, 15, 20 games in a row, because that is when a player plays their best football."

Harris estimates Tomlin will be out until "at least the middle of January,"

Cardiff have been boosted by the return of Greg Cunningham, who is training again after a month out, but fellow full-back Jordi Osei-Tutu will be sidelined for at least four weeks.