Tough test ahead as City face away double header 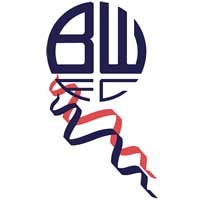 Since the first home game on matchday 1 the club has faced combinations of two away, two home, two away etc.

This coming week will be a test of City's promotion credentials as they face a relegated Premier League team in Bolton, and a promoted League One team in Charlton. And to top the week off a home fixture against Steve Bruce's Hull City.

Whatever happens in the two away games the Hull match will see City going for an 8th consecutive home win from the start of the season. Already the seven wins is unprecedented in the clubs history.

At the Reebok on Saturday evening in front of the Sky cameras City will face Dougie Freedman and his assistant - former Bluebirds manager Lennie Lawrence - for the second time this season. The Freedman / Lawrence combination saw Crystal Palace come from two down at Selhurst Park to 'batter' City 3 - 2 a little over 5 weeks ago.

It's the first time City have come to Bolton since 1999. Then it was for an FA Cup third round tie that was played before Christmas. The game took place midweek after the original fixture was postponed. I seem to recall at the time it was thought Sam Allardyce 'made sure' the pitch at The Reebok was over watered to allow time for his injured players to recover. When the game did go ahead Bolton won 1 - 0.

Wouldn't it be nice to register a win to put that right.