Portuguese club Rio Ave have annouced the arival of Etien Velikonja to their club.

Rio Ave declared on their website (it's been translated by Google)

Etien Velikonja is the latest enhancement of Rio Ave's spearhead 25 years, international Slovenia, comes from the Welsh at Cardiff until the end of the season.

Velikonja, began his career in the formation of Gorica, Slovenia, which was referenced as one of the country's best young strikers. Statute which earned him the call to the national teams of under-19 and under 21. During the last full season for the club, the striker had 17 goals in 32 games. At the same time, 2008/2009, had its premiere on Selections A.

Good seasons with Gorica earned him a transfer to Maribor, Slovenia where he was Bi-Champion between 2010 and 2012, the year he moved to Cardiff City. 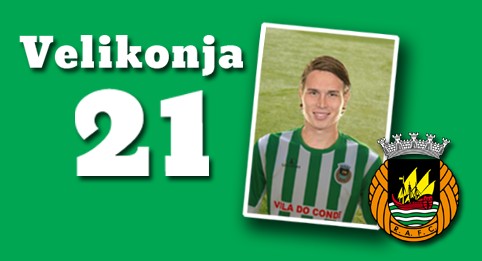