Warnock gets his man as Robert Glatzel signs for Cardiff City

6' 4 German attacker Robert Glatzel has signed a three year contract with Cardiff City in a deal thought to be worth around £5.5m.

Glatzel and Cardiff City were two names that no one had linked together yesterday. But within 24 hours Glatzel has been pictured alongside manager Neil Warnock who hopes to have found a gem from the German 2nd division.

“I’m very happy to be here,” Glatzel told Cardiff City TV. “I can’t wait to get to work, get to know the fans and start the season.

“I’m a tall player and heading is a good attribute for me, but I can also play with the ball. I think I have good technique for my height, so will hopefully show the fans that and fit in well here. 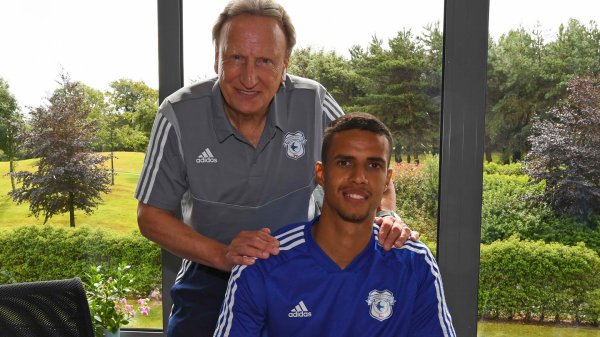 Warnock was delighted to have finally got his man. A player he's been chasing for weeks and weeks.

"I'm excited to capture Robert's signature," said Warnock. He's a player I've been chasing for over five weeks. It's been hard work to get it over the line, but I'm delighted to welcome him.

"He'll do a good job for us. He's the type of striker I've been looking for to lead the line, and he's looking forward to the challenge."