Warnock has other priorities as City exit the Cup

Sessegnon became one of the youngest scorers in FA Cup history - at 16 years and 235 days - with the winner in Fulham's 2-1 third round success at Cardiff.

The England Under-17 international has been linked to the Premier League's big guns, with Arsenal, Liverpool, Manchester City, Manchester United, and Tottenham all reportedly showing interest in the Wandsworth-born product.

"He's very good for the project of this football club, he's one of the most talented teenagers in England," Jokanovic said. 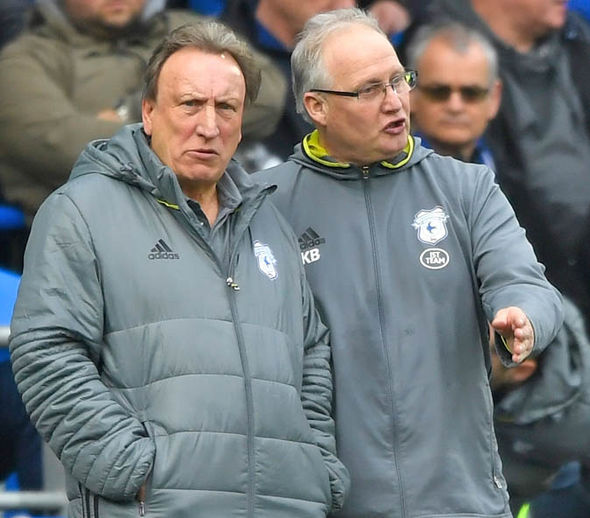 "I am sure that he is going to be a very important player for us in the future.

"But he's only 16 years old, we have to be careful with him, and I prefer not to talk so much about Ryan Sessegnon.

Florida-based Khan, owner of the Jacksonville Jaguars NFL team, is one of the wealthiest businessmen in the United States.

And Jokanovic wants Fulham to invest in the January transfer window and push on with the Cottagers close to the play-off picture.

Fulham are currently in 10th place after a slow start to the season, but winning their game in hand would move them to within three points of the top six.

Asked what he expected of the January transfer window, Jokanovic replied: "It depends on our ambition.

"We have to try to push the team in top six. We are past the first third of the season and we have in front of us 20 days still (of the window).

"I am pleased with this win because we moved the ball well and played with patience.

"We scored two goals and did enough for third goal."

Cardiff boss Neil Warnock said his hand had been forced on team selection.

Warnock made five changes from the side which had beaten Aston Villa on Monday, and he admitted that he was unwilling to risk players who were nursing injuries.

"It's a sad aspect when you play a weakened team like I have done today," Warnock said.

"The FA Cup is a great competition but there are other priorities now.

"A club like ours can not afford to go down.

"We have to make sure we stay up and Bristol City on the horizon is a vital game for us.

"But today has answered a few questions that we do need reinforcements when we have players out."

A paltry crowd of 5,199 turned up with many home supporters preferring to shun the 11.30am kick-off.

The early kick-off time on a Sunday made it difficult for Fulham fans to travel to south Wales on public transport.

The game was also broadcast live on BBC Wales and Warnock added: "I thought the crowd would be smaller than it was when I saw the kick-off time."