Warnock winding up the Scousers

Neil Warnock was a pundit for the Plymouth v Liverpool FA Cup replay on Wednesday night along with former Liverpool skipper Steve Gerrad.

During the conversations with the presenter Jake Humphrey and Gerrard's former teammate Steve McManaman Warnock made a quip about places in Liverpool not having any windows.

Gerrard's face was a picture and the clip went viral and has made many of the national papers today. 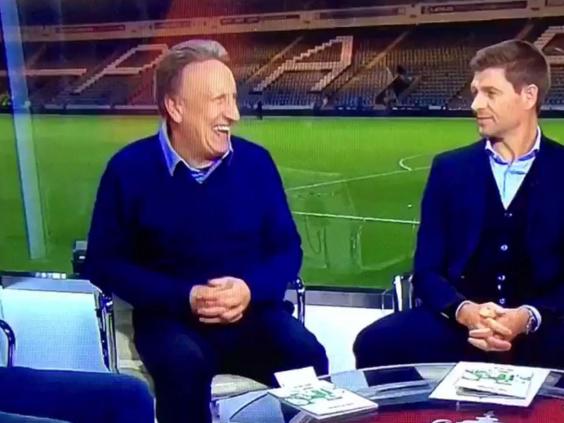 It's promted the Liverpool Echo to react with an artricle titled

"14 stunning windows that give the best views of Liverpool

Neil Warnock doesn't think we have windows on Merseyside... perhaps he can come and look through one of these"

Gerrard's face on BT Sport just now when Warnock joked that they don't have windows in Liverpool. pic.twitter.com/nX03Ase9HR