Bluebirds concede five at home for the third time this season.

Following Cardiff City this season is pushing the extremes of the emotional barometer from fine one day to storm clouds the next.

The euphoria of two wins on the bounce was washed away as Watford capitalised on some sloppy Cardiff City play and using their pace and passing put City to the sword. 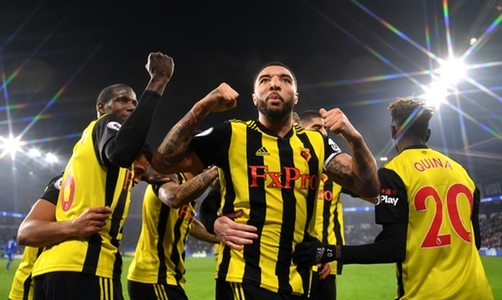 Hesitancy and a failure to hoof the ball clear in the first half saw Duelefeo slot home the opening goal. Watford looked classy but should have been punished for a rash challenge on Josh Murphy as the half came to an end. As blatant a penalty as you are likely to see was waved away by a sheepish Simon Hooper who looked less than convinced by his own decision not to award the spot kick.

Cardiff had exerted some pressure at the end of the half and started brightly in the second half but when they conceded around 10 seconds after taking an attacking free kick you felt the wheels had loosened considerably.

Soon after it was 0 - 3, Duelefeo getting his hat trick goal after a whole-hearted Harry Arter lost possession. Plenty to be unhappy about with each goal.

Didn't take for Duelefeo to burst clear again, this time he set up Troy Deeney to score and that was that. Thousands left the stadium. They'd seen enough.

But could Cardiff sting the Hornets? Well they gave them an annoying itch with a scrambled goal from Sol Bamba as Watford failed to cope with a City corner. But that was as good as it got for City who were well beaten when Deeney got his second and Watford's fifth in added time.

The non penalty decision raised questions. But not as many as Neil Warnock's team selection as he dismantled his winning side with terrible consequences.

This 'blip' will be forgotten if we can ge a result against Everton on Tuesday. The relegation battle rolls on and Cardiff continue to fight against all odds to retain Premier League status.