Watford welcome Cardiff City to Vicarage Rd this afternoon and they also welcome up to 2,000 fans as the club is situated in Tier 2 of the English Covid restrictions. One fan, pre-match, is sat next to the Graham Taylor statue holding his Welcome Back match programme. 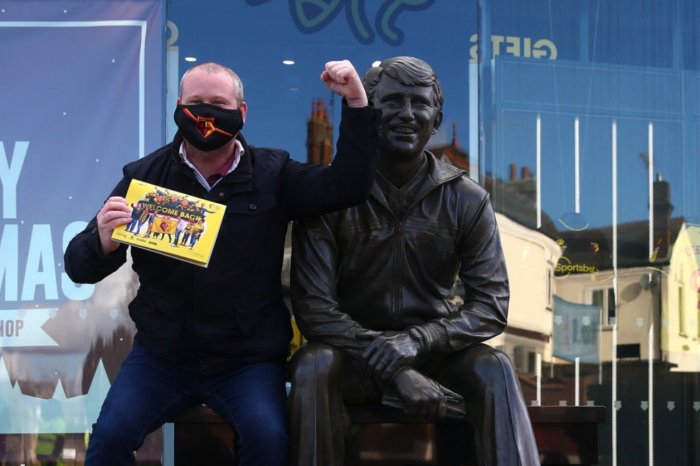 There are four changes from Wednesday night...

Cardiff are hoping to build on the two impressive home perfomances in the past week and take something from on the the favourites to win the dividsion.